The mounting strain on Ontario’s health-care system constitutes a real “crisis,” a high-ranking health-care executive in the province said Wednesday, even as the Ford government sought to downplay the severity of the situation.

“The business of health-care continues, but the pressure and the crisis feel I think that we’re all feeling on the frontline is very real. So crisis is fair,” Ontario Health Executive Vice-President Dr. Chris Simpson told CP24 in an interview.

Simpson said many of his seasoned colleagues have consistently said that they have never seen anything like this in their careers, referring to the severe strain on the health-care system.

Staff shortages have been reported at hospitals across the province over the last few months, resulting in the temporary closure of emergency rooms and intensive care units operating at or dangerously close to capacity.

“We’re at a point right now, where I think everybody is feeling it very, very acutely and the system functions now, frankly, through the extremely hard work and professionalism of the workers in the system and in the leaders in hospitals and other health-care organizations across the province,” Simpson said. 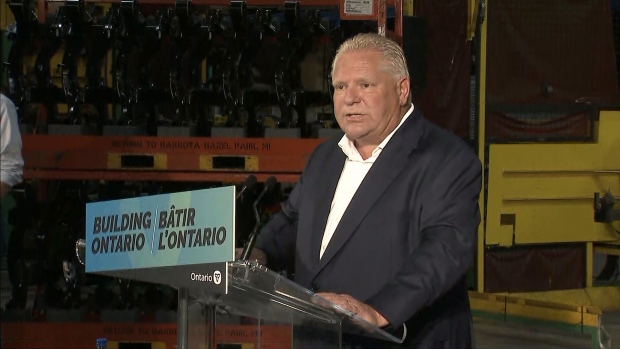 Ontario Premier Doug Ford finally addressed the situation Wednesday in a news conference in Stratford, but downplayed the severity of the problem.

Speaking with reporters Ford said that “Ontarians continue to have access to the care they need when they need it.”

He said that “we can always strive to do better,” but touted the fact that nine out of 10 patients who visit Ontario emergency rooms for high urgency care complete their visit within a target time of eight hours.

However that figure tells just part of the story.

According to the latest data (May 2022) on the province’s emergency rooms from Ontario Health, 89 per cent of those who need high urgency care and are not admitted to hospital do indeed  finish their visit within eight hours.

But for all patients admitted to hospital from emergency rooms, just 24 per cent were admitted within a target time of eight hours. Those people — many of the sickest patients— spent an average of 20.1 hours in the emergency room.

Among low urgency patients not admitted to hospital, 74 per cent finished their emergency room visits within a target time of four hours.

Wait times for those needing to be admitted are worse at Toronto hospitals. 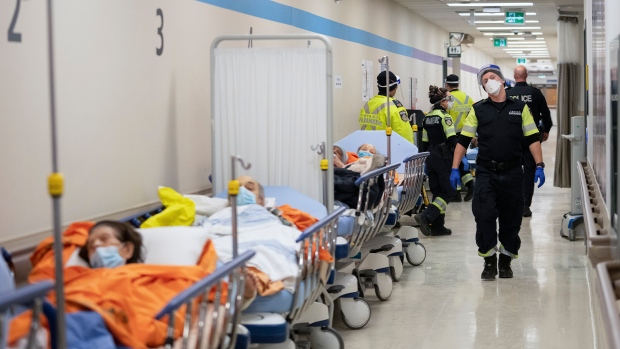 Figures for June and July were not yet available as of Wednesday, Ontario Health said when asked for more recent data.

“It’s not the kind of performance that we want to see from our system. Absolutely not,” Simpson acknowledged. “You know, patients deserve to be treated in a timely way. It comes down to a matter of delivering safe care, we all want to deliver safe care to our patients.”

He said emergency health-care leaders from across the province agreed on a call Wednesday that “it’s a very serious situation where they’re not able to do the jobs in the way that they want to because of these long waits.”

However he said that he wants to reassure people that in situations where people are in need of the most urgent care, such as a heart attack or a motor vehicle accident, care has not been impacted.

“This is not to diminish the importance of the other care, but just to reassure people that for emergencies, the system is still set up to appropriately get those people treated quickly.”

Most stakeholders agree that staffing shortages are at the heart of the current crisis.

The president of Toronto’s University Health Network (UHN) told CTV News Toronto Wednesday that burnout among health-care workers is a factor as Ontario hospitals face a dire staffing shortage that has left Toronto General Hospital under a critical care bed alert for weeks.

In an interview Wednesday, UHN President and CEO Kevin Smith acknowledged that Toronto General currently has “more vacancies than we normally would” though exact figures were not available.

UHN confirmed Tuesday that the hospital is on critical care bed alert, meaning that the three intensive care units at the hospital are at or near capacity and are triaging patients.

While such alerts are not entirely uncommon, Smith said, the one currently in effect at Toronto General is exceptional in that it has lasted nearly two weeks.

“What is unusual is the longevity of this critical care bed alert. It’s been on for many days,” Smith said. “Normally, one would see that for two or three days. This has been going on I think, since (July) 22nd. So we definitely have a systemic challenge around capacity and the capacity is directly related to staffing.” 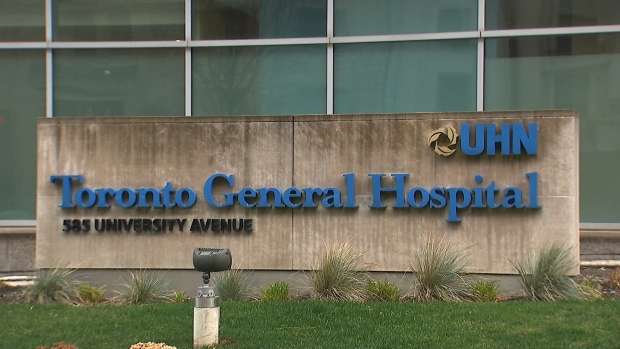 He said the current shortage is the result of “a bit of a perfect storm” which includes a number of factors, such as capacity, COVID-19 patients continuing to need beds, higher numbers of patients presenting to emergency rooms, often sicker, and “an overall human resource shortage particularly in nursing but not limited to nursing.”

Smith said a number of nurses have told him they are looking to move from critical care to less stressful environments after more than two years of being on the front lines of a pandemic.

“It’s understandable —  these are very challenging times — and working as long and as hard as these folks have been working, they are very, very challenged and their resilience is really at a low point.”

He said Toronto General is “the most acute hospital in Canada” and said they need to find alternatives for staff “to make their quality of work life improved, but also to continue to protect our patients and provide the standard of care Canadians expect.”

He said summer vacation is also a factor in the interim as overwhelmed health-care workers try to get a much-needed break.

“People are very much trying to get well-needed and well-deserved breaks. Our staff have been very clear about their own resilience and their own well-being,” Smith said. “We have to care for the caregiver as well as care for our patients.”

He said those shortages are particularly hard felt in the intensive care units where there is a high degree of specialization required.

“One can’t simply take a recent grad and make them feel as though they’re alone and working at their full scope of practice in some of the sickest and most complex environments in the country or in the world,” Smith said. “And then of course, just sheer number of people working more hours than is healthy for them and creating trauma in their own lives. As you know, in ICUs unfortunately, we see very many sad outcomes and that takes its toll on providers as well as on families.”

Smith said that “the system is desperately trying to respond” to the needs of patients, but that ultimately longer-term solutions are needed, such as possibly fast-tracking international nursing grads to be able to work in Ontario, extender programs for workers such as PSWs to enable them to do more tasks, and ensuring a full number of spots at colleges and universities for health-care workers.

Contingency planning for your law firm

If she was your girl, oh the things Peppermint would do to you